Beneath the Surface Book One: Inner Reflection

The Immolation Game 01: The Immola..

Seasons of the Fae

No Reviews Posted Yet - be the first! (write review) 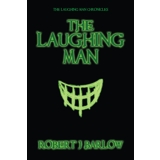